Learn how to make Lemoncrema! 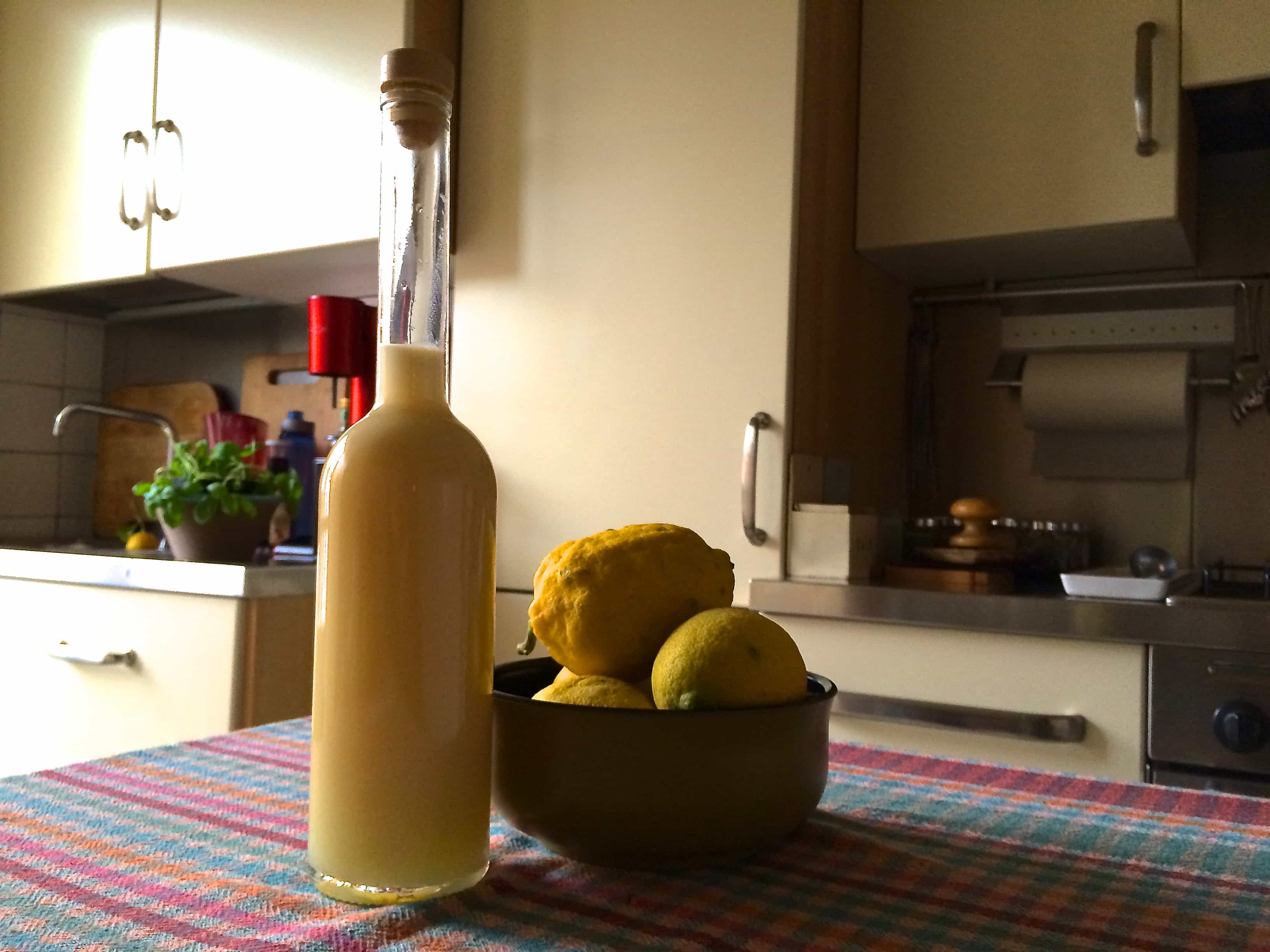 I have been pestering my wife Elisabetta to get her stuff together and make me some Lemoncrema (which I tend to prefer instead of the classic Limoncello which she also makes). So we got our gear together and shot a nice video down in the town of Camogli on the Ligurian coast. Check it out in our latest Ingredient post here: Lemoncream: A variation on Limoncello

By the way we are gearing up to do some great stuff in the coming months as the weather seems to be changing for the better!

So as we come toward the end of 2014, we would like to thank everyone who have visited, watched, commented and joined in on our first 5 months of our Italian Lifestyle Casa Chiesi adventure.

We also wish everyone a fantastic Holiday and look forward to great things in 2015! 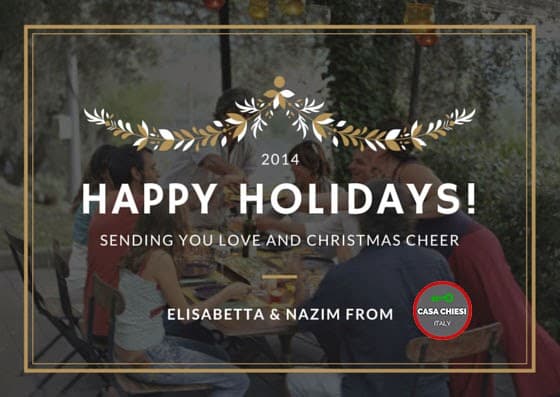 We are super happy to have our dear friend Alessandra Sposetti, a Italian Food and Cooking blogger joining us and introducing us to her Italian Cooking Course in the wonderful city of Rio de Janeiro.
In this Event we will take a look at how this talented Italian opened her own Cooking School in the land of Samba and Soccer! In the meantime check out her blog here:Alessandras Blog

Casa Chiesi was a guest on Savour the Flavour

Christmas is here and Azlin BloorandChef Dennis Littleyinvited us to be part of the Savour the Flavour – Christmas around the World Hangout where we took a look at Panettone and Pandoro, typical Holiday treats here in Italy
along with other great guest that highlighted their talents and Christmas traditions.

Finally now that the sun has decided to come back into our lives after a horrendous week of rains and more flooding we can start planning for December. Betti is currently away at her week long meditation retreat close to Padova and I am stuck working out my currently client deadlines! (Everybody wants their web sites online by the Holidays don’t ask me why!)

Next month we are planning on a couple of Google Hangout on Air Events (remember you can also watch these on our YouTube Channel over here) revolving around Food and the Italian Christmas spirit.

Here is a hint of what we have in store for December:

We are super happy to be a guest on my dear friend Chef Dennis Littley Good Day Google+ A Day in the Life
where we will talk about current projects along with a little bit about Casa Chiesi.

About Chef Dennis Littley:
Hi, I’m Chef Dennis. I fell in love with food at an early age, and realized that there couldn’t be a better way to make a living than by making people happy through food. Join me on my Culinary Journey as I share my recipes and stories from my life, with a sprinkling of advice about Google Plus. I began blogging in 2009 as a resource for my culinary students, and soon found myself with followers from around the world, at which time I adopted my “real food recipes for real people” philosophy for cooking. Which was followed with the “In My Restaurant Kitchen Series” where I teach how to make restaurant style dishes in the comfort of your own home at a fraction of the cost of eating out. In 2011 I was awarded “Most Valuable Foodie” by the food blogging community at Foodbuzz, for the work I had done in the community. And I have continued that work by becoming a Social Media Specialist and establishing myself as an Influencer on Google Plus as one of Google’s premier chefs and food bloggers. – See more at:http://www.askchefdennis.com/

Posted by casachiesi on Nov 4, 2014 in General Info | No Comments

We are super happy to have our dear friend Maggie Unzueta, a Food/Wine blogger joining us on a wine tasting party featuring a mix of Italian and Napa Valley wines.

In this Event we will concentrate on tasting some superb wines and discussing the regions they come from. And to top things off it’s Nazim’s Birthdayso we will have a group of friends coming in to join the hangout and learn how to sing Happy Birthday in Italian!

In the meantime you can check out Maggies web site here:http://inmamamaggieskitchen.com

Posted by casachiesi on Oct 29, 2014 in General Info, Culture | No Comments

We are super happy to have our dear friend and collaborator to Casa Chiesi join us in this visual presentation of what we like to call The Italian Feeling.

Tosca Radigonda is a commercial and editorial photographer specialised in children and baby lifestyle photography with a vast list of clients worldwide. In this Event we will concentrate on her wonderful Italian portfolio and gather some insight towards her passion for Italy (She is married to Angelo, who she met in Milan and has a son named Milan…need we say more?)
In the meantime you can check out her wonderful work on her web site:www.toscaradigonda.com

We got our brand new business cards!!! Yeah!

Last night was quite a rough one here in Genoa. As you probably know I work as a consultant for a studio in Genoa which involves designing Cruise Ships since 1992. Back in 2011 on the day of my birthday a flash flood ran through the city creating havoc and blocking all transport in and out of the city. I was lucky enough to catch the last train to Milan but it took 6 hours to get back home (this usually is a 2 hour trip). Obviously it was a mess with my wife waiting to celebrate my birthday but having to delay stuff.

Here is a video that highlights the extent of what that was like:

Well now I am stuck again! Last night a flash flood covered the city again. To play it on the safe side I have taken the day off and laying low here in Camogli since they are expecting another huge storm to hit the city during the day.

On now on to some pretty impressive footage from last night:

Will try to re-enter Milan tomorrow by car! Let’s see how that goes!