The Holidays in Tuscany are over!

As most of the folks living in Italy know, August is the month for that much deserved Holiday!
Ours is coming to the end so in the meantime….

A jump back in time : Trattoria Filetto in Stia – Tuscany

Yesterday we arrived at our friends house in the Casentino area of Tuscany. So how do we start our week in Tuscany? By going back in time and having lunch at Trattoria Filetto in the town of Stia which is a family run restaurant that is stuck in the 1950’s! As I sat down memories of my first trip to Italy invaded my brain! The table cloth, the bottle of red wine on the table, the Bakelite telephone on the wall! I knew that when we would arrive here we would find so many traditional not modernized locations like this one! And the food? Authentic, simple and cheap ($15 per person which included 2 dishes and a bottle of good Chianti!) Great way to start our week here!

Yes! They are at it again! Every year the Chiesi sisters decide to embark on the task of making fresh Tomato sauce that is used all year around and I have to admit is of superior quality than the supermarket brands. 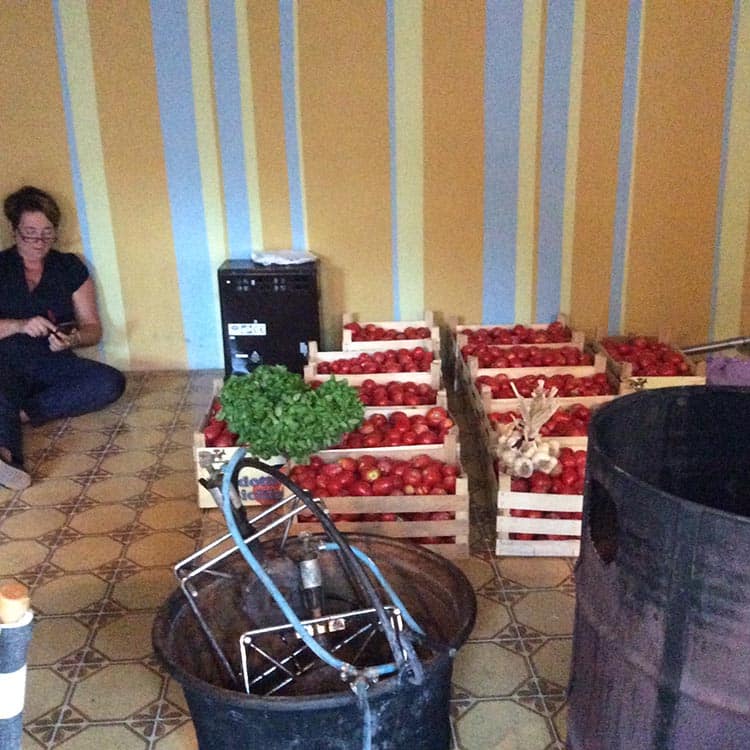 The only issue: It is a huge endeavor which requires purchasing 200 kilos of tomatoes, gas burners with propane tanks (not a fun ordeal in my opinion). The funny part is that each year Betti says that it will be the last time we go through this….and just like clockwork when the Holiday comes up they do it again!

Casa Chiesi on Going Mobile to Live-Stream Your World

Posted by casachiesi on Jul 7, 2015 in General Info | No Comments

Last night I had the pleasure of being a guest on one of my favourite Hangout Events on Air called “Lights, Camera, HOA” A place for newbies to practice. I was interviewed by Meloney Hall, Rayne Dowell and Sheila Strover who really made me feel at home! We covered the essences of running mobile Hangouts on Air and the new live stream tools Meerkat and Periscope.

This weekend we decided to visit the Vintage market called Popcorn Garage (do not ask me about the name cause it makes no sense at all!) upon the advice of our daughter Zoe who is fed up with staying at home after her hospital release at the beginning of the week. Set in the beautiful context of the Idroscalo at Linate (roughly 30 minutes away from Milan right by the Linate Airport runway) this is a typical Sunday market full of hipsters selling nice Vintage articles. I tend to come to Magnolia cause it also serves as a concert venue for major groups on tour during the summer here in Milan.

Posted by casachiesi on Jun 5, 2015 in General Info | No Comments

So I get back to work after a nice 4 day Italian Holiday break (It was the Festa della Repubblica on June 2nd) to find this nice surprise on the kitchen table. Mint Cream Liquor! Based on Betti’s famous (our friends are going nuts over this stuff and some prefer it to Baileys!) Lemon Crema (if you missed that recipe check out the YouTube video here In this new version you just substitute the Lemon peels with fresh garden picked Mint.

Bride Fashion Show : Behind the scenes

Last Saturday it was great to work on a Bridal Show with a twist: instead of the typical Bride styling we went for a semi-elf in the forrest….but a very elegant one.
Elisabetta 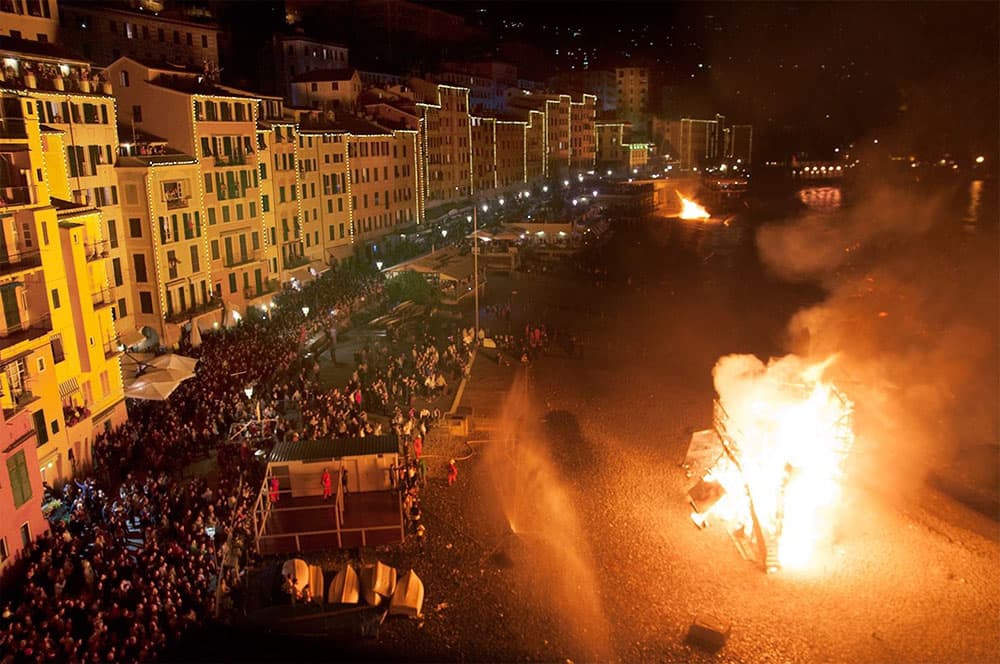 Posted by casachiesi on May 1, 2015 in General Info | No Comments

As most of you know Elisabetta is a make-up artist since back when we meet in the early 90s. Last night there was a huge Event organized by Giorgio Armani to celebrate his 40 year’s in the business. Celebrities such as the likes of Leonardo DiCaprio, Cate Blanchett, Tina Turner, Glenn Close, Lauren Hutton, Hillary Swank and many others were flown in from around the world for a Fashion show which was set for 8.30 pm along with a series of late night parties.

When these shows typically start Betti has to go early and join a team of 17 make-up under the guidance of Linda Cantello.

For those who are curious here is a glimpes of the backstage atmosphere at the end of the show:

La Bossa was highlighted on Food and Booze

A couple of weeks ago we had the pleasure of visiting the lovely town of Camogli along with our dear friend Mia Voss (themiaconnect.com/) who was here on her #MiaOnTheGo tour. Have to say that the Easter weekend down in Liguria was super special and we were proud to host our friend in the beautiful setting that is Camogli.
We also took advantage of the situation and did a Food and Booze show from my brother in-laws restaurant in Camogli called La Bossa (www.labossa.it).