Handsome Renato and the Dragon from Gerundo Lake

On June 13, 2014, at the age of 64, during a special prisoner permit, Renato Vallanzasca gets caught while trying to shoplift a supermarket in Milan (underwear and garden equipment) and gets arrested by the police for robbery. 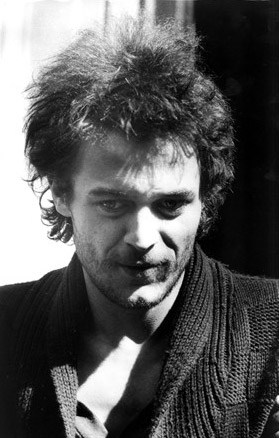 Renato Vallanzasca, the “bel Renè “, was born in Milan in 1950. His propensity for breaking society rules had been revealed as a child when, at nine years old, with his small gang, he tried to free a tiger from a circus.
That first boyish prank that opened the doors towards juvenile prison, marked his path forever and
soon his career as a gangster would rapidly escalate to robberies, kidnappings, homicide leading him towards the position of a Milan mob boss of the 70s.
In his short but intense criminal activity he racked up a total of 4 life sentences and 295 years in prison. But the tiger he wanted set free as a child was still roaring inside and his spectacular escape attempts have filled the pages of the newspapers for a decade.
Sad to hear that a mythical figure (even if evil), madly loved by women and feared by an entire city, has been reduced to stealing lingerie in a supermarket.

Judged a dangerous teenager Vallanzasca already spent in the ‘60 some time in the juvenile Villa dei Gerani in Pizzighettone a drowsy little village in the middle of the Po river valley.

And this is exactly the focus of our journey, a small town forgotten in the winter fog, which has a long and interesting story hidden inside its antique, large, defensive walls.

Born as a pre-Roman settlement which was in use during the Roman Empire due to the natural ford which was formed on the river Adda; the old town is crossed by the river, which divides it into two distinct parts, Pizzighettone on the east bank, Gera on the west bank.

During the Middle Ages, in the XII century, the city of Cremona founded the present Pizzighettone that became an important fortified stronghold that was repeatedly expanded under various rulers who succeeded over the centuries: the Lordships of Cremona, Milan (Visconti, the Sforza), the Republic of Venice, the rulers of France, the Hapsburgs of Spain and Austria, the Bourbons, the Savoy, Napoleon Bonaparte. Its fortified facilities remained active for defensive purposes until 1866, after the unification of Italy. 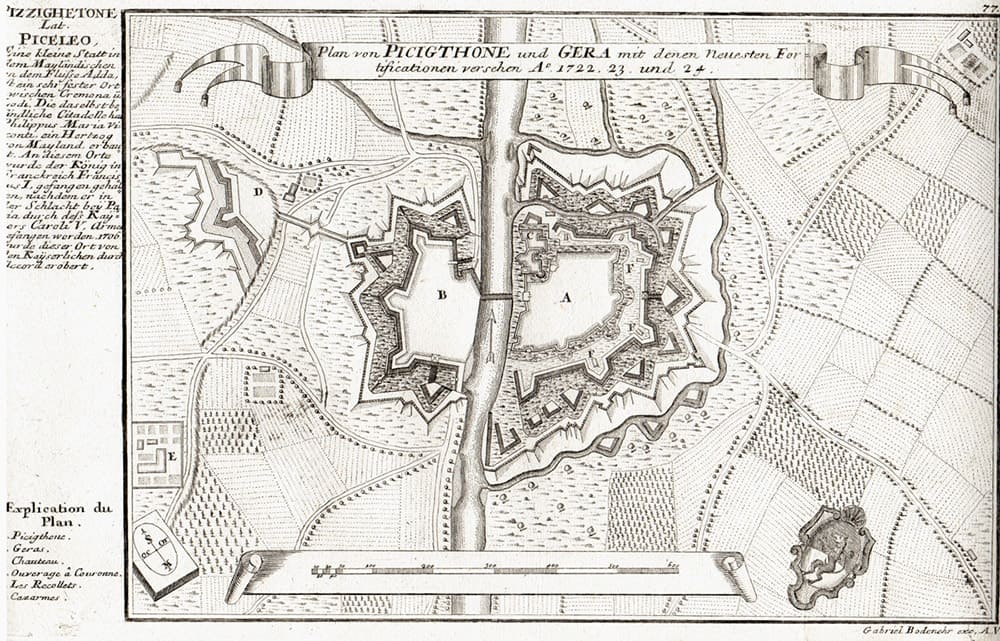 This is a very common destiny for old architectural and defensive structures in this country but in some cases you have to guess how the site was built and used in the old times to get an idea.
Pizzighettone instead offers its visitors the chance to walk inside the ancient walls since they have been used over the years as military bunkers. Apart from that a group of volunteers history buffs collected a number of objects which are gathered in a local museum that testify the long history of this area from both its military and agricultural vocation.

A curiosity you will for sure notice in the beautiful XII century church of San Bassiano is a 1.70 cm bone that the legend claims belonged to a mythical monster of the lake Gerundo; this vast expanse of marshy water (of which there is no more track nowadays), was formed by the overflows of all the rivers south of Bergamo and north of Cremona. The legend tells of monstrous water snakes, with pestiferous breath, dragons that threatened with their disturbing presence the populations in the area.
In fact the coat of arms of the Visconti family in Milan depicts a snake devouring a young man. According to some, the snake would be precisely Tarantasio, the monster of the lake Gerundo killed by Umberto Visconti in 1200. 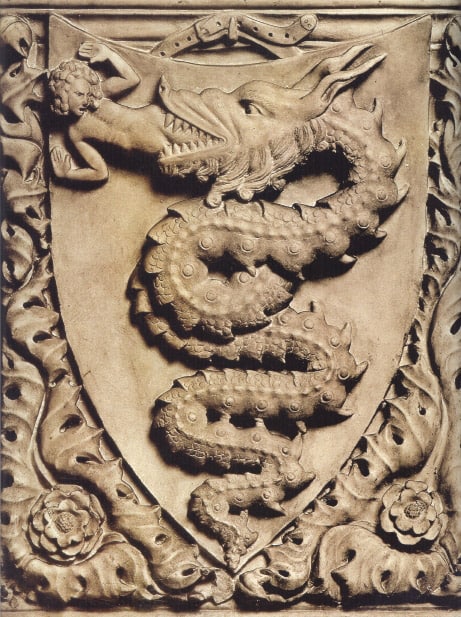 Last but not least don’t miss the visit to the old prison: the village hosted one of the most punitive jails in Italy until the end of World War II that still emulates its creepy atmosphere.
They used to say that the thick wall that runs along the prison was not meant to separate those sentenced by the village people but to prevent them from seeing what was going on in that hell.