Amuchina : The Genovese Superhero that against Covid-19 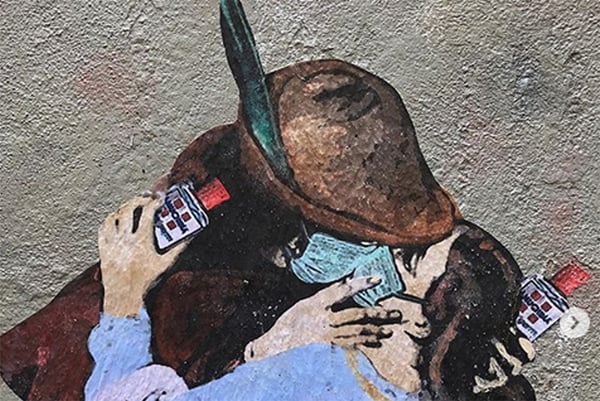 As you know very well, now and then instead of taking you to a more or less famous place, we like to tell you a story about someone or something just as little known.

In Italian homes, among the other products that one finds, Amuchina never fails, a rather powerful disinfectant that is produced in a small town in the Ligurian hinterland: Caselle. 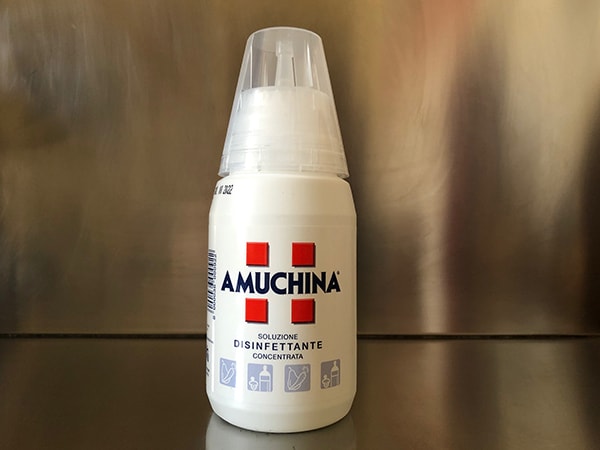 When I was little, once school was finished in Milan, my parents sent me and my sisters to my grandparents’ house in Liguria and often on that occasion I saw my grandmother Lidia use this preparation for the disinfection of anything, including fruits and vegetables. I honestly, very faithful to the hygienic dictates of my mother, would observe these operations with great suspicion because I thought the grandparents to be a little backward and tied to rather archaic medical systems whose efficiency I doubted strongly.

To give you a practical example when once we were victims of the mumps epidemic in the middle of summer my grandmother wanted to solve the problem by sprinkling on our cheeks, ears, and neck of a kind of stinking black tar called Ichthyol, then wrapping our face in rough hitching wool bandages. The three of us submitted to these remedies only because we were accustomed to obeying adults impositions but we had deep reservations that the torture could somehow alleviate our sufferings: it was the inconvenience caused by the treatment we thought was only meant to distract us from our actual pain. 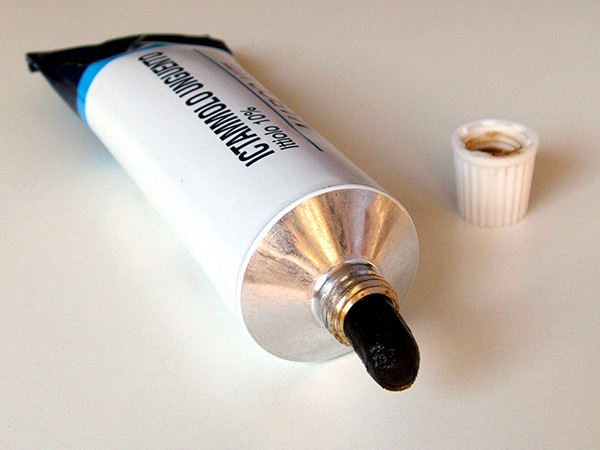 It wasn’t until much later that I discovered the anti-inflammatory and antimicrobial qualities of this ointment and that after all my grandmother was not entirely wrong in inflicting that medieval treatment on us.

But returning to our Amuchina it has always interested us to talk about it in these days when the Covid-19 pandemic is scourging our country as its disinfectant action has returned to being of great collective interest so much to become a product almost impossible to find on shelves in supermarkets and pharmacies.

The manufacturing company had been marketing a pocket-sized gel for a few years to use as a germicide on all those occasions when we don’t have a bathroom sink to do a good hand wash and I must say in my professional make-up trolley artist never lacked a bottle.

As often happens in these emergencies, the jackals of commerce have hoarded and then resold the packs with astronomical figures: the black market never dies! 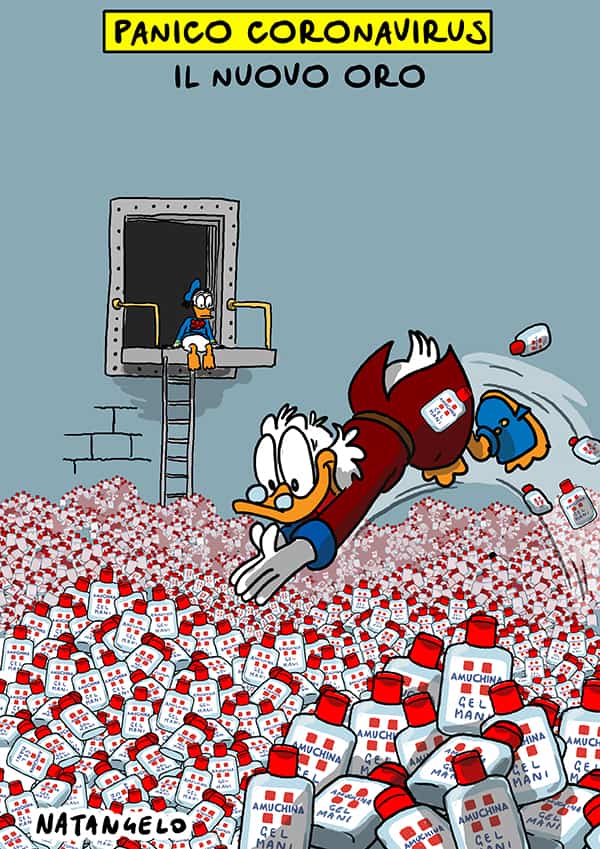 Fortunately, the government intervened by issuing very high fines for those who operate these unjustified price increases, taking advantage of the fear of the people. 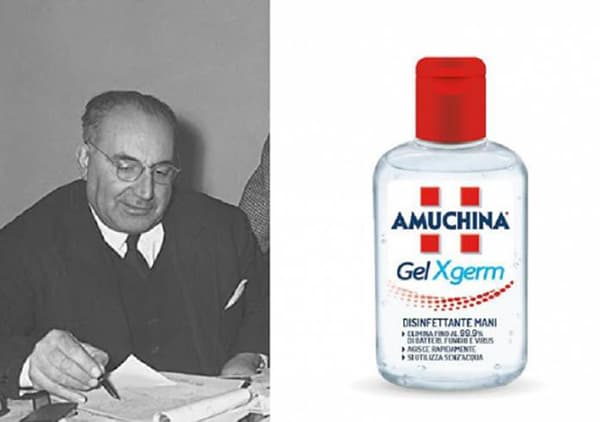 Its inventor, the Apulian entrepreneur, and engineer, Oronzio De Nora, developed it and patented it in 1923. A fundamental characteristic of the sanitizer, which name derives from the Greek and indicates precisely the disinfectant action against the bacillus responsible for tuberculosis, Mycobacterium Tuberculosis, is its ability to penetrate the cell membrane destroying all types of viruses, bacteria, fungi, and spores, including anthrax and AIDS, without however affecting disinfected tissues and materials.

But Amuchina is certainly not new to health emergencies: the first one it faced was in 1939 when it was widely used due to the tuberculosis epidemic that hit Italy.

During the second world war, it was used to make drinking water and
in the 80s it jumped again to the top of the requests when in Campania a cholera epidemic broke out caused by infected mussels. 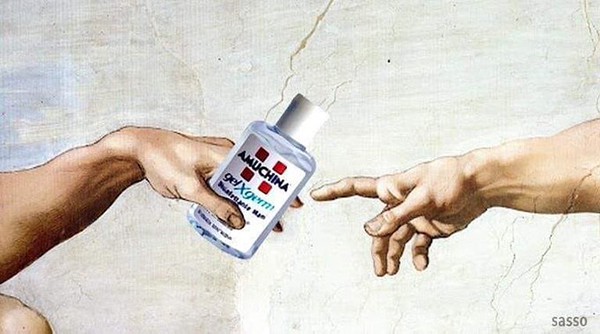 At that time Amuchina became the most used sanitizer for the disinfection of fruit and vegetables which posed a huge alimentary threat to the population.

Since the virus is still alive and kicking here you have the formula (officialized by the WHO) to prepare you own version of Amuchina:

So, I must recognize, after so many years that my old grandmother was not entirely wrong and who knows how much crap she protected me when, little Milanese snob that I was, I looked at her hygiene practices with suspicion.