Napoleonic Foundry : The Story behind Barigozzi Bell Makers of Milan

We live in Milan very close to our Triumph Arch the symbolic door that was once built to honour Napoleon‘s conquests in this slice of Europe. It was 1807 when the project took shape and it was oriented northwest to indicate an elective connection of the city with France, situated beyond the Alps.

On top of the Arch, 10 beautiful bronze horses seem ready to jump into the void, with their motionless energy look silhouetted against the Milanese low sky. Our city is not grandiose or magnificent, monumental or impressive but the architectural triplet (Sforza Castle, Cathedral and Triumphal Arc), give a bit of prestige to a town that would otherwise be a little too middle class for the Italian average. 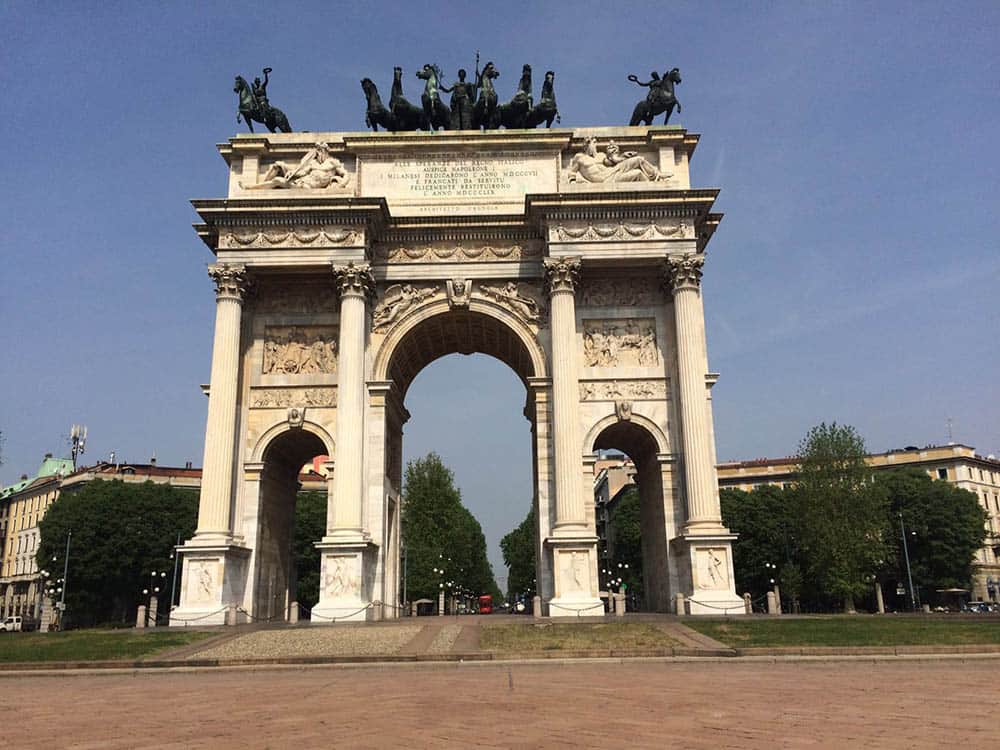 Our story today is not talking about the Arch itself though but about those horses that have been wrapped endlessly for a long restoring process and went back to their athletic stillness only a few years ago.

Last week Nazim and I went to visit la “Fonderia Napoleonica Eugenia” (Napoleonic foundries) in an old district called “Isola” (the Island). The name of the district takes origin from the fact that it was somehow isolated from the rest of the city due to its perimeter marked by the presence of an important waterway and the newly born railroad. At the beginning of the 1800 l’Isola was developing in to the industrial area of Milan, being located outside the city wall (which meant no tax for the incoming and out going goods).

The French governance that was ruling the city at that time was favouring this process by giving land and concessions to the new entrepreneurs. One of the most significant actions taken by Napoleon in Italy was the confiscation of all property belonging to the monastic orders which in that era represented a very substantial proportion of urban land.

Thus, it was that in 1806 Eugene de Beauharnais, viceroy of the Kingdom of Italy, ordered by decree the transfer of the foundry “Manfredini brothers” (of Bolognese origin, residing in Paris) to the area of the monastery of Santa Maria alla Fontana, a Benedictine monastery. (its church is still nowadays adjacent to the factory and it will be described in our next article). In 1840 the foundry was purchased by Barigozzi family that will run it until 1975.

If you go and visit the restored complex you will be led by the last heir of the Barigozzi family who took over the property and set up an interesting museum. He proudly tells the story of his forefathers and of the many workers employed in the production of huge bells, so big that the company was often forced to travel for extended periods, with all the workers families, to those places where their expertise was required, to carry out the orders of those huge, unmovable instruments.

It’s with visible pride that Mr. Barigozzi mentions the San Marco cathedral’s bells in Venice to make you understand how prestigious their service must have been considered.

He is still in possession of letters that testify all the difficulties those workers went through to adjust to a different language (simple people at that time could only speak their own dialect that was different from town to town), food and climate.

At the beginning of XIX century 300 kilometers of distance represented a different world. The restoration of the foundry though doesn’t hide the harshness of the work that was done inside the factory, the heat that had to be given off by the large wood-burning ovens to reach the necessary degree to melt the metal and the danger of a work done without the help of machinery and protections. Nevertheless, when he takes you to the room in which he explains how bells works and make them play, you feel all the charm and the beauty that craftsmanship and its secrets emanate.

You probably wonder why I mentioned the Triumph Arch at the beginning of the article. It’s pretty simple: the great equestrian statues on its top were created in the Napoleonic foundry and I have to confess that when I pass by the Arch now that I know were the rampant horses were born, they seem even more familiar to me.

Here is a video of the Rovereto Peace Bell so you can get an idea of the evocative nature of traditional bronze bells: