“Sometimes a chicken feather, a poor dusty feather collected on the street and contemplated in an hour of grace, may have been the suggestion for the composition of a beautiful painting, a beautiful still life, filled with that secret spirit that tastes like eternal.”

In these days in Milan at the Museo del ‘900, you can visit the exhibition dedicated to Filippo de Pisis, an Italian painter of the 21st century who like few others has created images in a balance between delicacy and vigor, touching the artistic waves of his time while maintaining a subjective and self-absorbing vision. 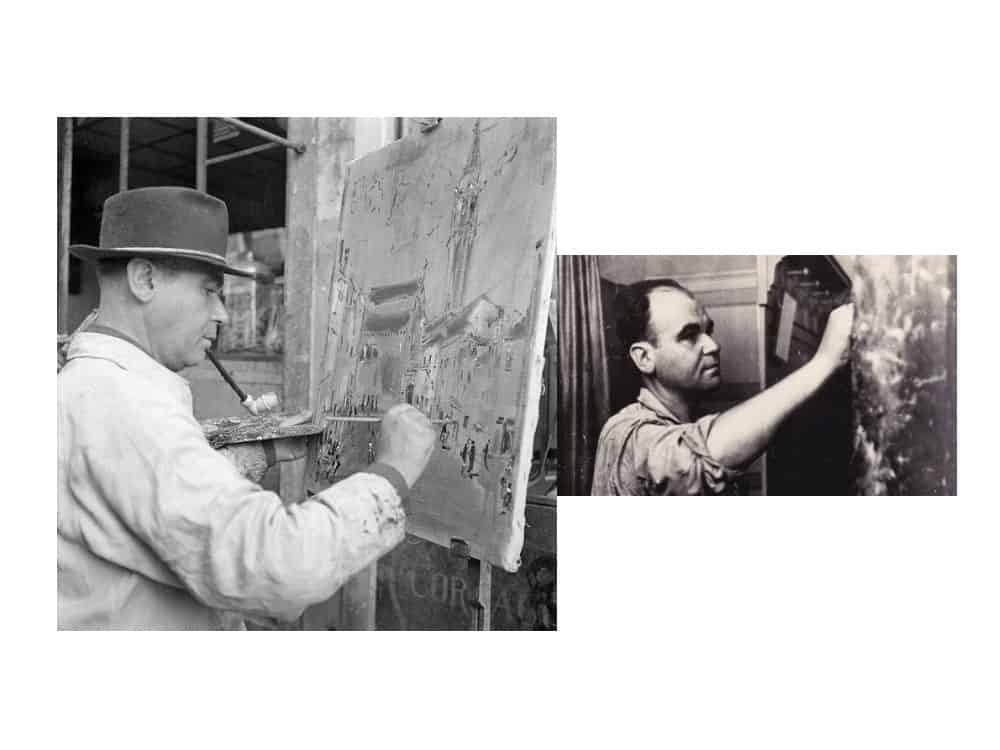 The exhibition follows a chronological path that leads us into the universe of the artist who was born in Ferrara in 1896 and died in Milan in 1956, starting from the beginning of his carrier in 1916, the encounter with the metaphysical paintings of de Chirico, along with Savinio and Carrà, until the early fifties, with the dramatic period of hospitalization in the psychiatric clinic of Villa Fiorita.

I have a weakness for artists with a difficult fate, the extreme mental strength of their psychic imbalance, the aesthetic and emotional revelation that often leads us to worlds on which we can only spy on.

Painter and poet, de Pisis traveled continuously between Milan, Rome, Venice, Paris, and London, almost in pursuit of his own voice. Sensitive man, music and poetry lover, botany enthusiast, devoted to friends, frank and direct, he had been perpetually struggling with his neurasthenia in the name of art.

Between 1925 and 1939 de Pisis worked in Paris where he got in contact with Édouard Manet and Camille Corot, Henri Matisse and the Fauves and made some of his most famous paintings, reaching his full artistic maturity: in this period he created “The great still life with the hare”; “The Bacchus”; “Still life with shells”.

In Paris, painting “en plein air”, he developed his very fast gesture that imparted in his painting the immediacy that became his most recognizable stylistic code.

A change of style occurred in 1935 during his stay in London the jutting pictorial trait became broken, almost syncopated.
The works of his last period, made during the hospitalization in the clinic of Villa Fiorita in Brugherio, reveals all the desolation of the hospital environment: this is the period of the so-called “spider’s web”, white and desolate, almost dramatic paintings.

The lesson that comes to us from this artist is like a snapshot taken in the fleeting moment in which beauty gives way to deterioration, the recognition of the irreplaceable quality of beauty for which beauty is also the pain of the world. The snapshot of a suspended mortgaged almost poised happiness.

The full body of de Pisis’ work finally exposed in front of me made me comprehend what had always attracted me to his painting and especially in his still lifes that I usually do not prefer: what one catches was never the objects they represent but their very short fragment of existence.