Italian Lemon Mousse Recipe : And to think we are on a diet! 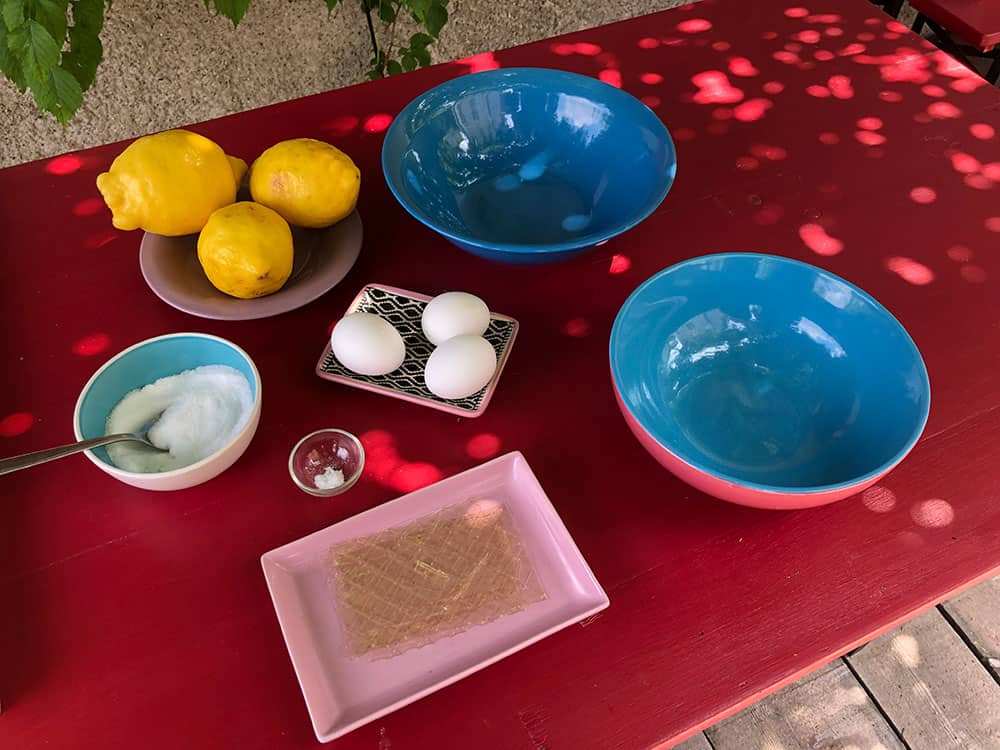 Casa Chiesi is on a diet: our historical doctor, who has been following our family for 4 generations, has retired, forcing us to look for a new one.

In Italy, the national health service allocates to every one of its citizens a general practitioner whose aim is to intervene in the small illnesses of the patients and direct them in the most complex cases to the care of the specialists.
Our old doctor, in spite of being specialized in cardiology, had a rather loose vision of the rules to follow especially at a certain age. Nazim annually brought him the results of the blood tests and he regularly minimized on the rather obvious excesses (wine and salami) written in black and white on the hospital sheets.

The new doctor instead, much younger, zealous and genuinely pessimistic, just looked at the numbers without any sort of doubt, has put my consort with his back to the wall: “You either change your habits or soon you’ll be in trouble”.

The poor Nazim came home as if he had been sentenced to life imprisonment and it took quite a while to make him understand that life still offered some vague attraction.

In these 27 years of marriage he has always declared to have come to live in Italy for my sake but a certain dose of healthy pragmatism, make me believe that also the perspective of living in one of the most famous countries for gastronomy and its oenological proposal must have had a certain weight in the choice.

Anyway our strict diet grants a free meal a week and today I took advantage of this awaited concession to prepare the Italian Lemon Mousse, a pleasant summery spoon dessert which lately seems to be very appreciated by our friends.

Here is the recipe for four people (as always, vegetarians can replace the gelatin with agar (red seaweed powder) that works equally well:

Separate the egg whites from the yolks putting the yolks in a bigger bowl since you’ll mix all the ingredients there at the end.

Whip the egg whites with a mixer until they are very firm and put them in the fridge.

Whip the yolks with the sugar and the vanilla flavor until the mixture is white and fluffy.

Whip the cream until it looks quite consistent and put it in the fridge while you finish the rest of the operation.

Squeeze and filter the juice of 2 and 1/2 lemons, pour the juice it into a saucepan and soak the gelatine sheets in it. Let it sit for 10 minutes.

Put the saucepan over low heat (if the gelatine becomes too hot, it does not do what it is supposed to do), dissolve stirring well without boiling. Remove the pan from the heat and let it cool.

Add the lemon juice to the yolks mixture and mix carefully.
Mixing gently, from the bottom upwards, first, add the whipped cream and then the egg whites.

Divide the lemon mousse into 4 dessert cups, then refrigerate for at least 4 hours before serving. Decorate the cups with a slice of lemon and a sprig of cream or according to your taste.

To make life easier we have done a short video on how to make this simple and fresh dessert above the recipe. 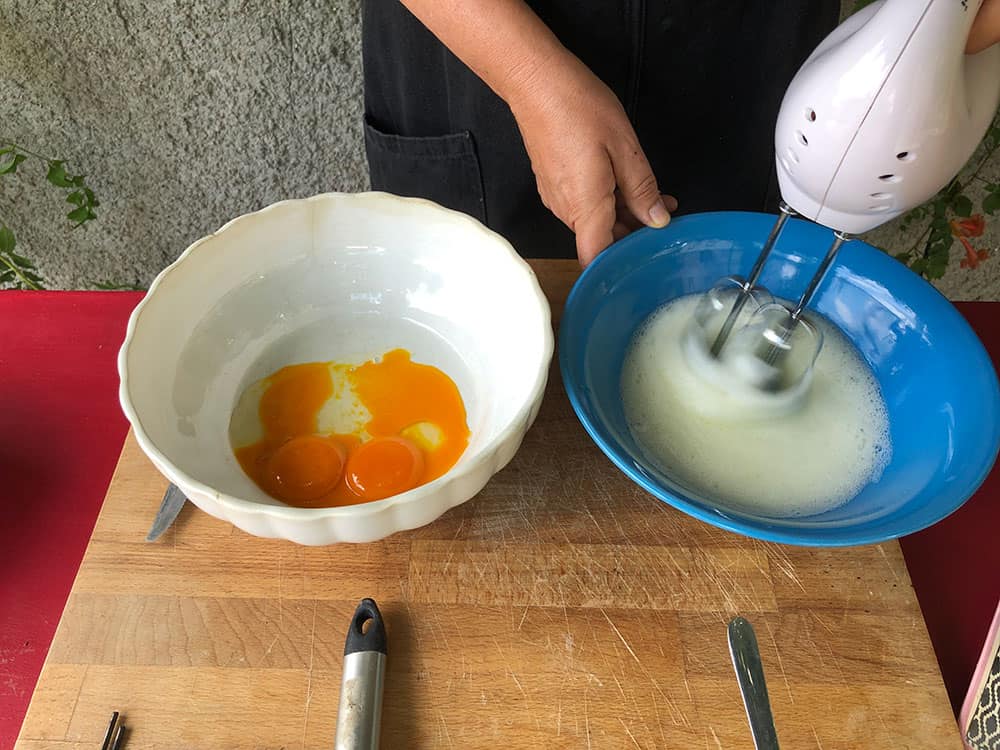 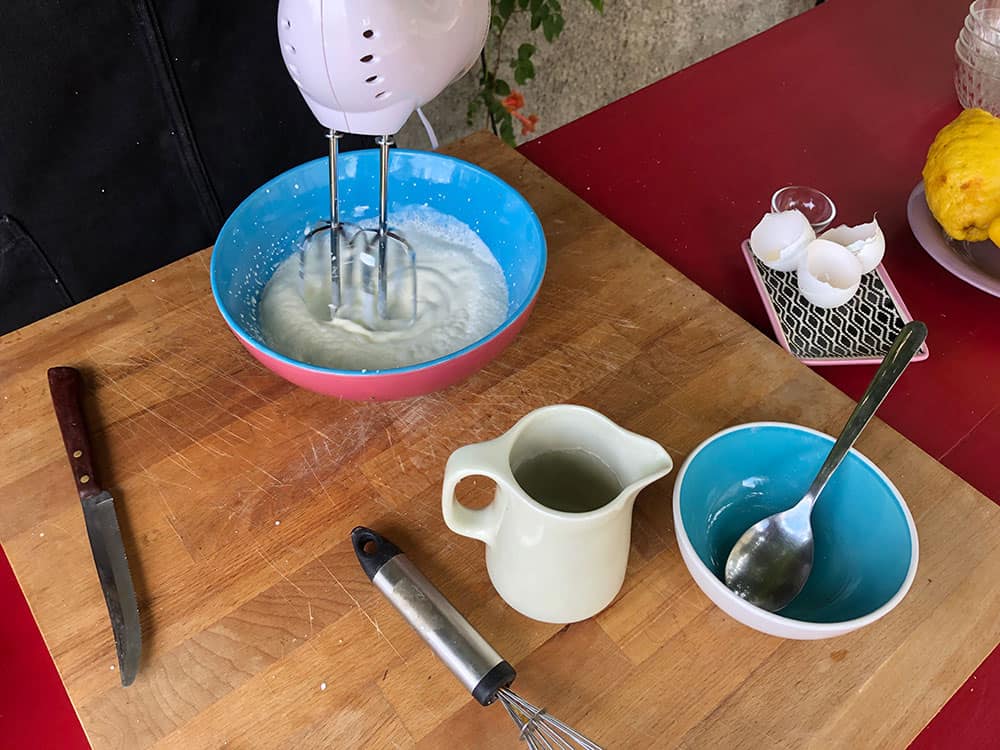 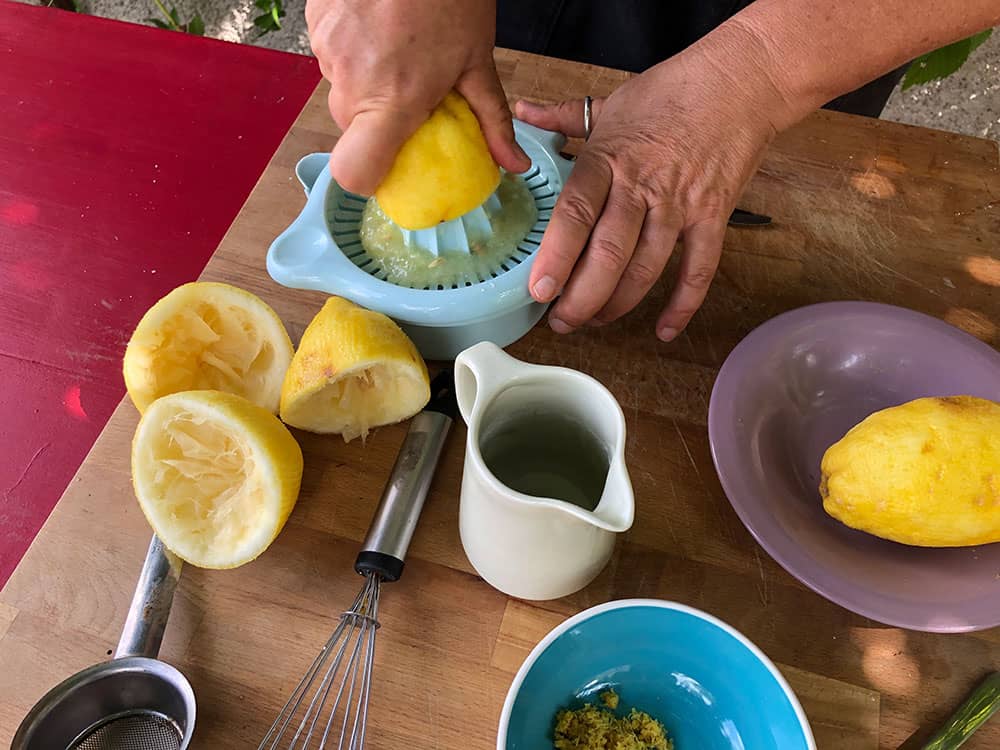 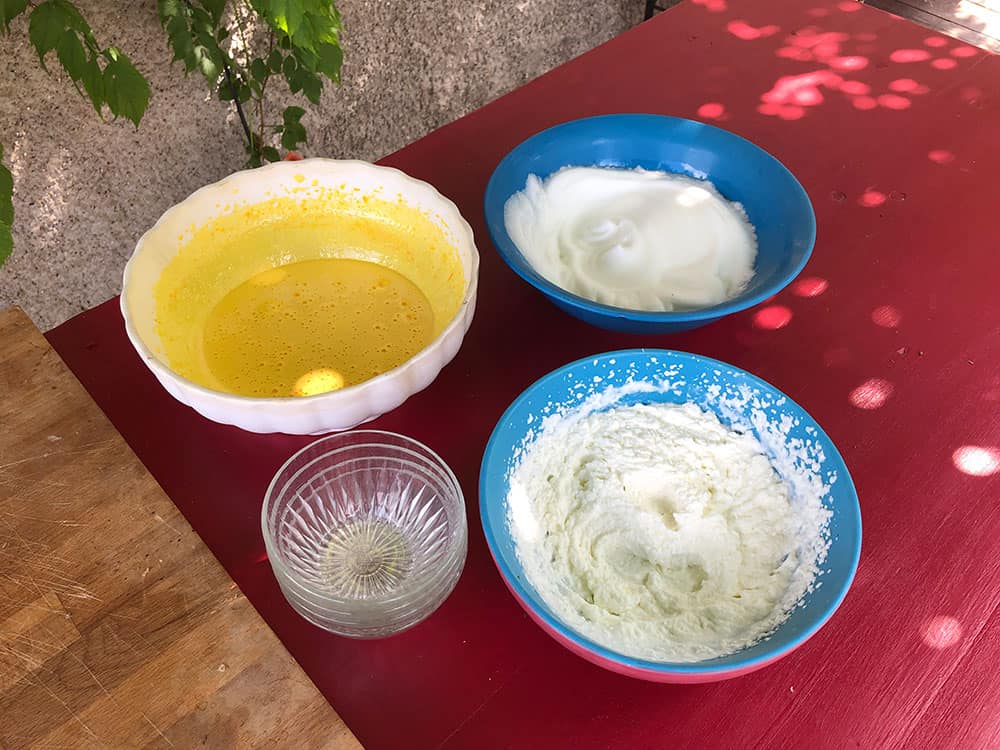 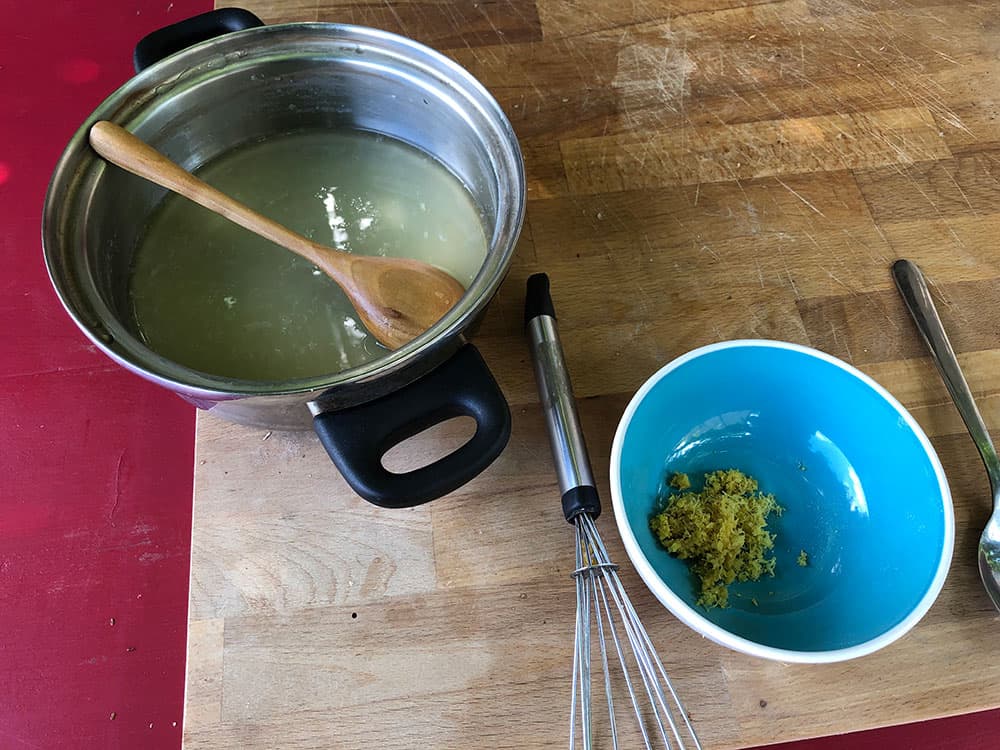 Hope you enjoy it!

P.S: Also check out the Chocolate version we did a while back at this link