Trotula: a woman physician with an eye to beauty

I want you to take a step back to a thousand years ago in history and jump to the South of Italy, close to Naples. We are in the twelfth century, around 1050 and Salerno is the epicenter of medieval medicine in Europe. While elsewhere women are not allowed to study and their education is basically denied, in Salerno they are trained as physicians and have access to the medical school. 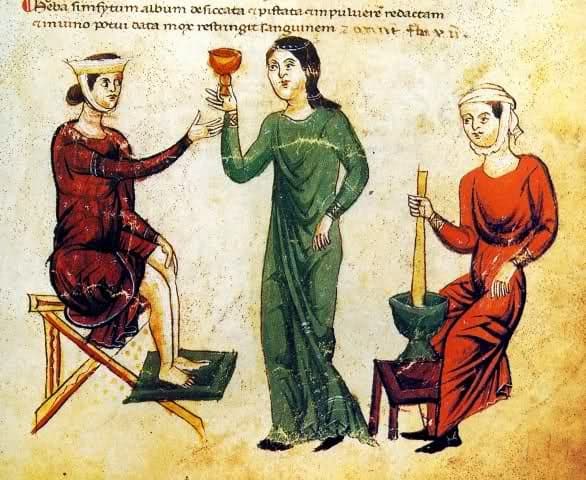 The Medical School of Salerno was the first Center of Culture not controlled by the Church and in this place, the medical texts of the ancient Greek scientists began to be translated from Arabic into Latin, making them accessible again to the Western world.
In this unique environment a woman stands up among the others: her name is Trotula de Ruggero who belongs to a Norman noble family.

Trotula (the best known of the Mulieres Salernitanae or those women belonging to that circle of scholars who taught or were active around this Medical School) is worldwide known for a text which represents the origin of modern gynecology and obstetrics: Passionibus Mulierum Curandorum (The Diseases of Women). We are talking about a time when females are predestined to give birth in pain and dying during childbirth is a guarantee for the salvation of the soul. The male doctors do not touch or look at females bodies, nor they consider the problems related to women to be worthy of attention. 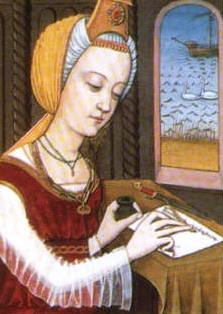 Women look after each other with the help of secular practice and the transmission of phytotherapy knowledge, which is a very considered skill at the time. Later on, with the advent of the Inquisition, the Church will push with all her strength towards the destruction of the centenary heritage of female curing knowledge, putting off every practice of this kind of witchcraft. With millions of brutal trials and executions, in a few centuries, the Church manages to make forget forever this precious empirical medical legacy, handed down from generation to generation and which has always been the prerogative of female healers. As the years go by, however, as often happens with signatures bearing a feminine name, the attribution suffered a crisis of identity, passing from one male name to another. It even goes through the absolute denial that a woman could have written such an important work, erasing her name once and for all. 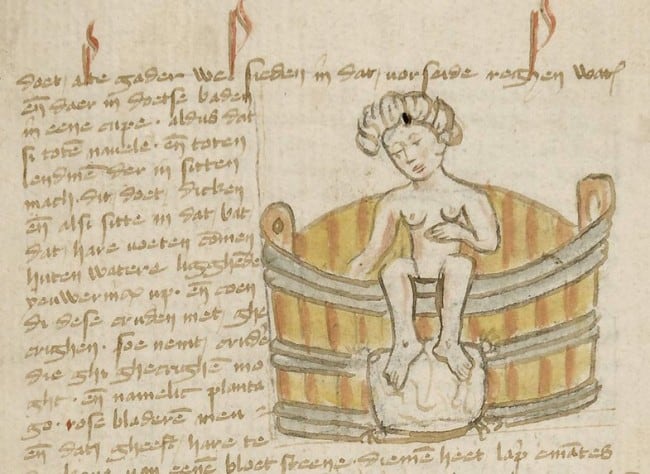 It’s only thanks to the studies of the late nineteenth century, that the prestigious name of Trotula is brought back to its glory.Trotula’s work is a collection of medical advice addressed to women regarding conception, menstruation, pregnancy, cesarean sections and childbirth; during her practice, she touched all those subjects that were considered scandalous and shameful and were causing so many problems and diseases. She was the first one who went against the common conception that infertility could be due to both men or women, she believed that people should eat a balanced diet and exercise regularly and take good care of their cleanliness.
If this was not enough Trotula’s advise are not only confined to medicine but extend to beauty and wellness. Another manuscript named De ornatu mulierum (also called Trotula minor) was found in Madrid as part of a large collection of medical treatises and it represents the oldest cosmetic treatise we have received (and this detail makes her my delighted hero). 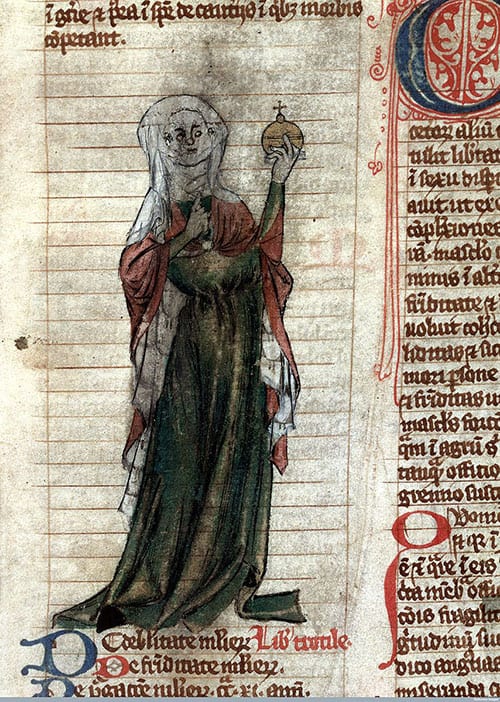 That work is about makeup and hygiene and it also gives instructions to make and use preparations for the face and hair and tips for improving well-being through “saunas” and massages. The cosmetics in Trotula vision should not be considered as a frivolous aspect: on the contrary, by highlighting the concept of beauty, she pushed women into harmony with nature.
Her medical inspiration is the beauty of an expression of a healthy body, in harmony with the universe.

Can you be more up-to-date than that?