Just started my day back in Milan fresh out of spending a wonderful three days in London (of which two involved attending BorderlessLive). What can I say? Still, have that buzz feeling that revolves around meeting wonderfull Travel bloggers and Content Creators that share the same enthusiasm that we have over here at Casa Chiesi. For those that might not know Borderless Lives is organized by the same folks that brought us Traverse19 in the beautiful city of Trento in Italy. 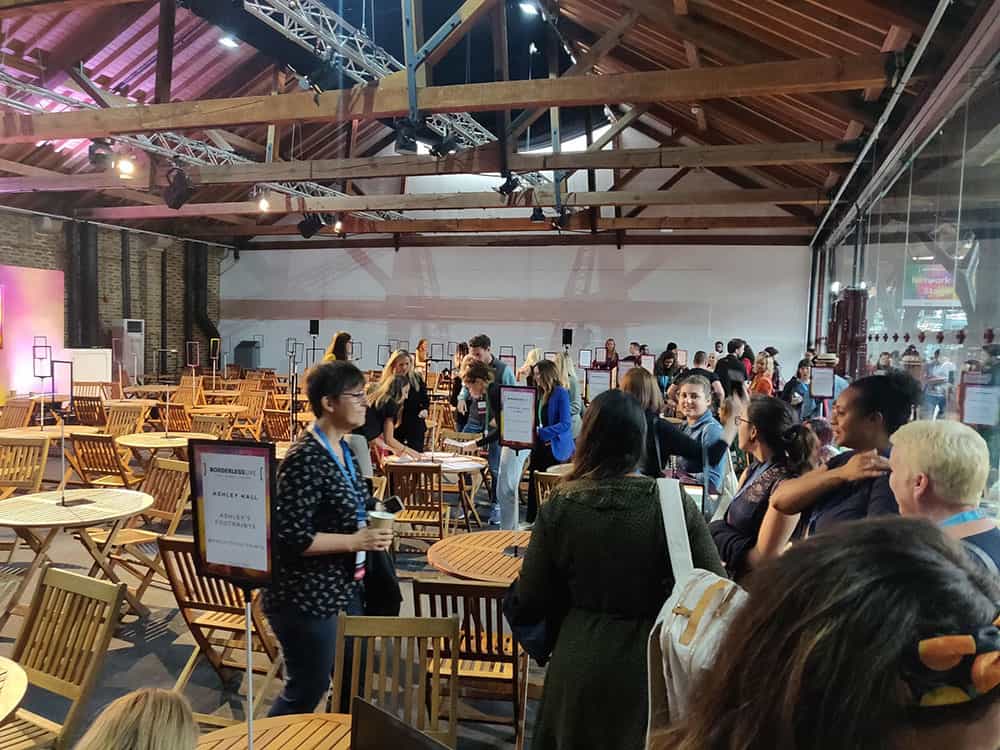 For this first edition of BorderlessLive the venue was located at an interesting former Tobacco Dock which now has been renovated and offers up a great location for Conferences of which the WTM London in collaboration with Traverse and Reed Enterprise is in charge of setting up. Since Betti could not make it I decided that we could not miss it and bought the VIP Creator Pass, made my airplane and AirBnB reservations a while back. I flew in to Luton on Thursday night and made it in time for the closing drinks of the launch party that occurred at the Fugitive Motel in Bethnal Green (which turned out to be quite close to my Airbnb setup) 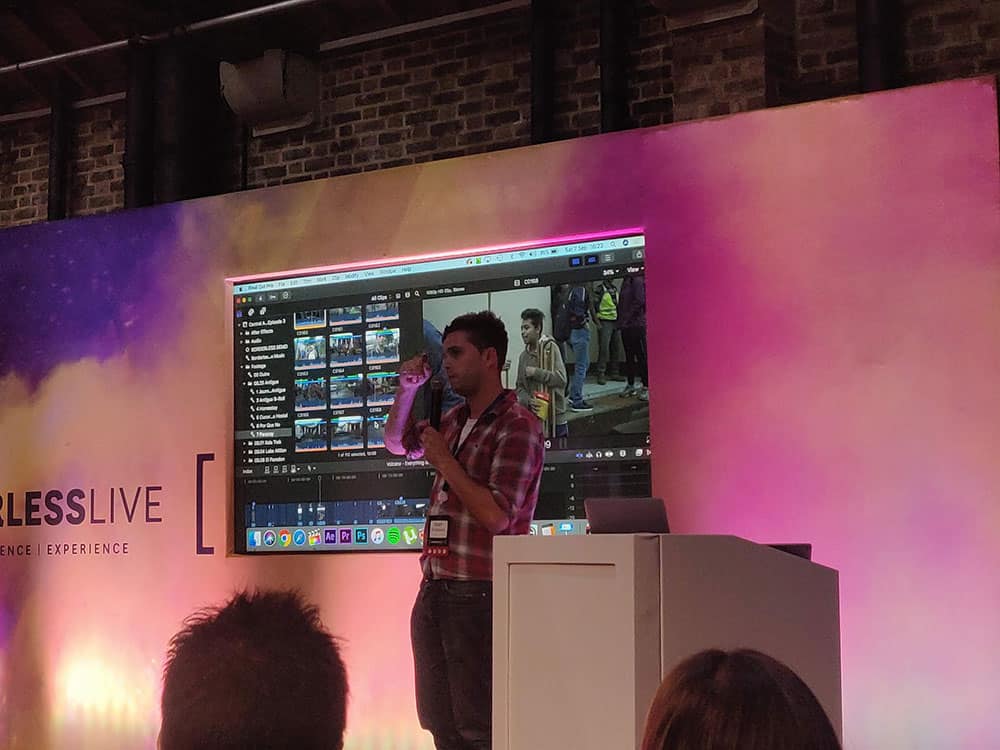 The next day headed off towards Tobacco Dock which was roughly 40 minutes away and a nice walk with views of the London skyline on the way. Upon arrival, I was super impressed with the efficient signup process that also included a dedicated Borderless Live App in which you could use the Slido platform to ask questions and also contact all the companies present at the event. 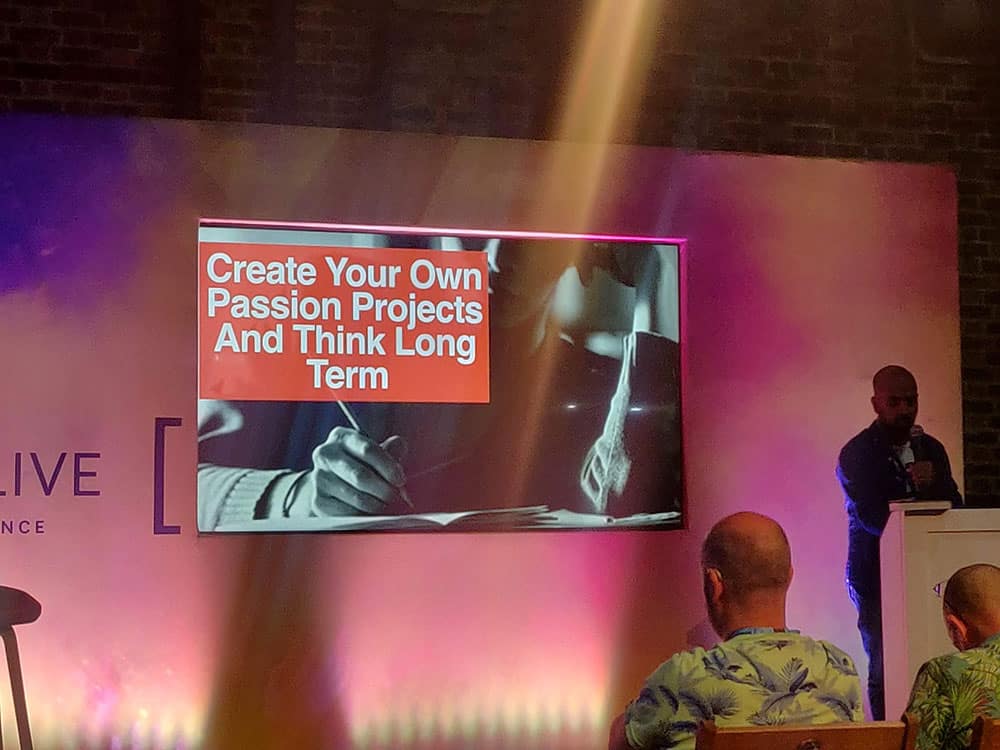 After a quick coffee and salutation with faces and friends, I recognized from Trento the sessions started. To get an idea of the level of seminars and interest here is the program for the two days. As you can see quite a lot of stuff to cover and this time I did not have Betti along for the ride so I had to decide on some cases which talk overlapped with each other and also the ones that would be beneficial for where we are in our Italian Lifestyle blogger journey.

The great thing was also the free beer that was flowing courtesy of the folks representative of Budweiser Budvar who had tow kegs constantly flowing. The diet took a backburner these three days to say the least! So we wrapped up the first day with a second party over at Wombat’s City Hostel for more drinks and a Karaoke party which was great fun for all…I skipped this time in doing singing duties! I also had the pleasure of meeting Gregor Kleczkowski from Wombats Austria who gave us a great tour on the final evening where were we ended at for a final nightcap and closer. Great Hostel setups which now also over an Italian location in Venice! 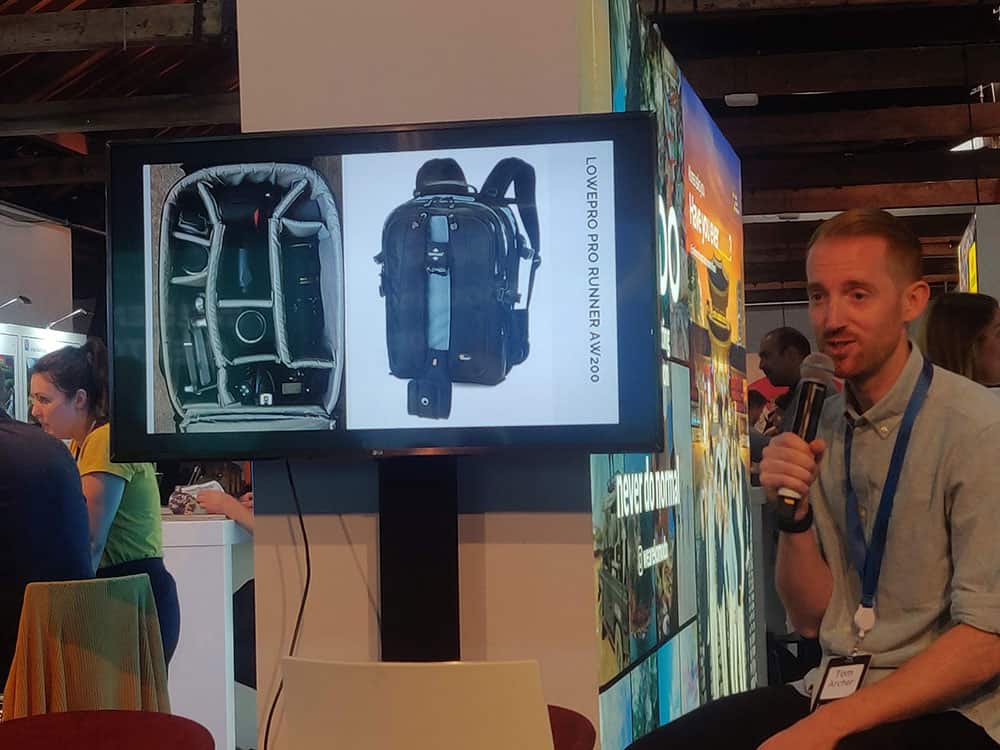 Since I had a Networking appointment at 10 am on Saturday I decided to play it safe and end on back to Bethnal Green and not overdo it. The following day we had the opportunity of doing a Network session which was great for meeting some fellow travel bloggers which I will highlight at the end of this post. Prior to the Networking we all joined the Creator Breakfast and compared notes in regards to what we all do and the worlds we cover. Loved it!

After that, it was off to the second day of Sessions of which I had to cut a couple short because I had a Channel Check on our Social Media accounts. Pretty much got confirmed that we are on the track with how we have set up our platforms and posting in the last 5 months (which is when we decided to really kick it up a notch!)

The final evening and close off ceremony was at a cool venue called The Vintry located in Central London. Obviously with this kind of crowd the party moved on well into the night back at Wolmats for final drinks and singing!

Really a fabulous time and I would like to personally thank everyone involved! Here is a list of fellow Travel Bloggers/Content Creators that I had the chance to meet and that you need to follow:

Shout out to the great team at Traverse who also did a fabulous job at Travese19 Here is a partial list
Michael Ball
Paul Dow
Charlotte Binns
Han Talbot and the rest of the team at Traverse!

Apologies if I probably missed you but I did not get your contacts or was way too distracted! My fault!