Porcini Mushrooms : We found the Fockers! 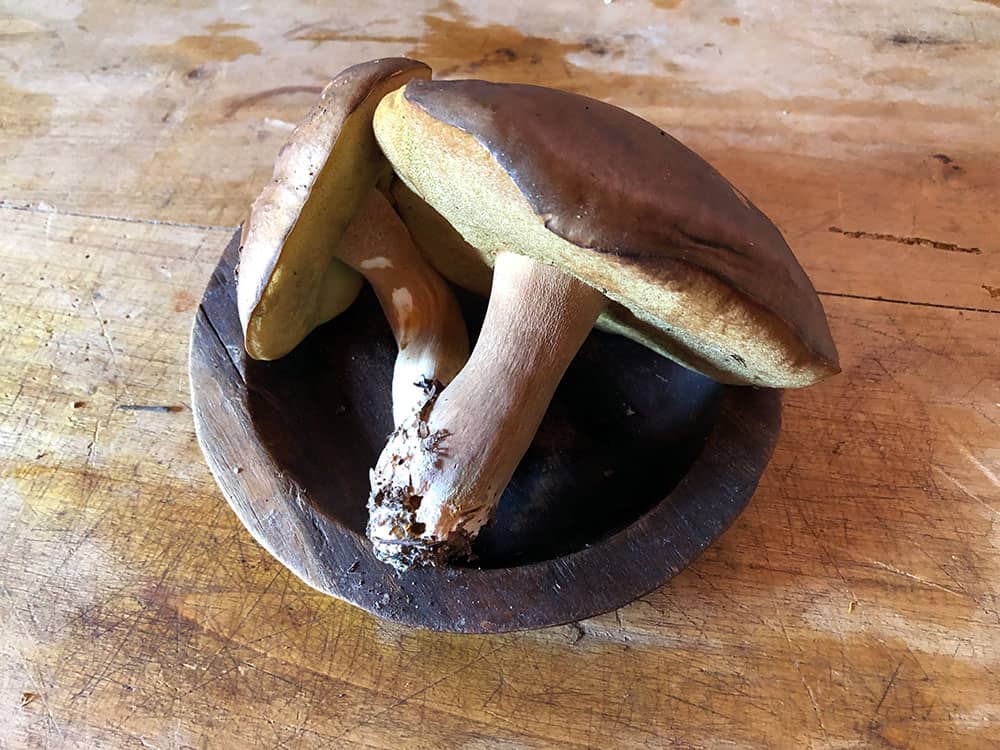 As most of you already know we tend to spend our weekend escapes up in our country house which is conveniently located close to the city of Milan by car (roughly an hour and fifty minutes from door to door).

Now that Fall is starting to bless us with its wonderful colors and fantastic temperatures we tend to go in the vast woods that are right behind our house for long treks and exploration. We also tend to feel a certain optimism towards trying to find that sacred delicacy that everyone here talks about: The Porcini Mushroom!

You cannot imagine how many time we have picked and found mushrooms that we believed were close to being edible only to later find out upon inspection from the local experts (folks in their late 80s) that I could serve these up for my wife over dinner and in the early morning call the insurance company to collect on her insurance once I provide the appropriate death certificate!

Along with this the constant invitations to us city folks that they will take us early in the morning and show us how to get Mushrooms the correct way. I have to say that after 12 years since we bought the house I am still waiting for that invitation to come forward! Not holding my breath to tell you the truth! These “fugaioli” experts love to keep their secret spots to themselves!

Yesterday morning we decided to head on over to our friend’s place for coffee passing through the woods and Betti said…why don’t we try to go to that place where we found the Ovuli mushrooms last year? I said sure let’s give it a try.

Let me remind you that Bett’s sense of direction is a bit off and I tend to be the guy with an enclosed compass in my brain for which I pretty much knew where to start the trek. To tell you the truth I was more centered on finding the Ovuli type mushrooms so I started exploring the vicinity of the place that we had found those last year. Nothing!

I have to say that hunting for Mushrooms is a bit like Fishing. Long periods of waiting and walking till you stumble upon something is that is decent. 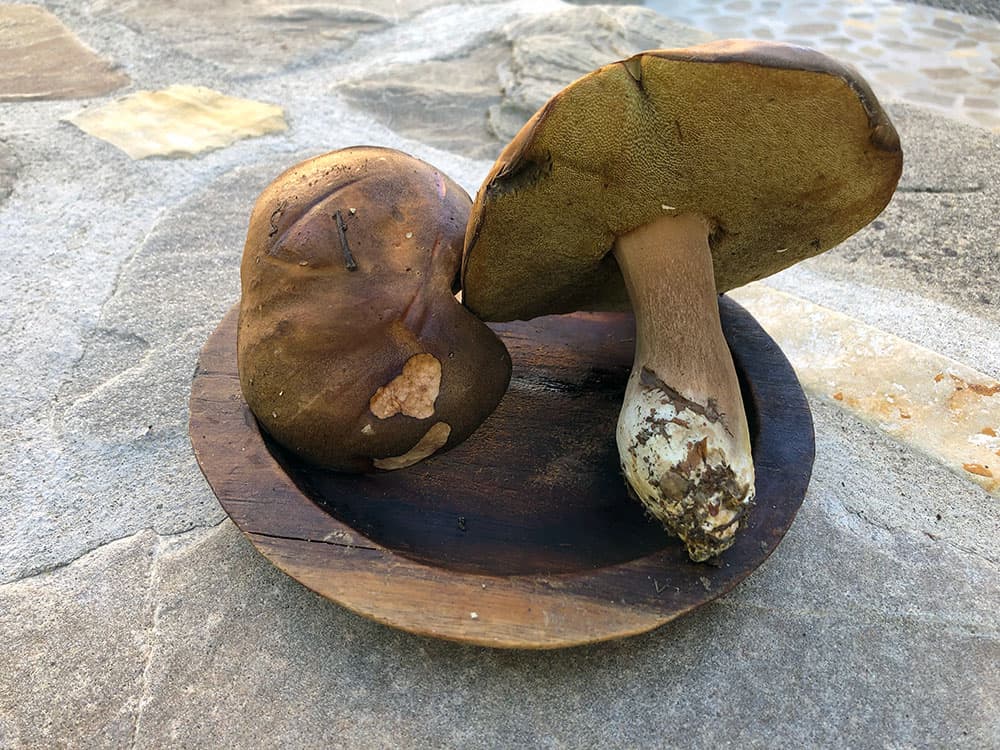 We sort of started giving up when heading a bit to the left of where we were I noticed a brown specimen that to me seem quite interesting and similar to a Porcini mushroom. I picked it up and handed it over to Betti but since we had already been through this process before (with rejection and jokes regarding how city folks love poisonous mushrooms) we placed it in the sack and decided to hold our enthusiasm.

As is typical they say that when you find a Mushroom you typical can find others close by and Betti stumbled upon a smaller one close by so that one also went in the sack.

We came back home in the afternoon and started looking at photos of Mushrooms to try to identify the specimen in hand but our enthusiasm was starting to flounder. Than Betti says: “We need to bring these to the old folks even if they make fun of us” as opposed to throwing them out which was my suggestion.

Alas! This morning we went to visit “la signora Fernanda” who as soon as she sees them burst out in celebration and confirmed that they were Porcini Mushrooms! She even brought out her scale and confirmed that we had 2 etti worth of precious mushrooms. Obviously Betti was ecstatic and we fully trust “signora Fernanda since she once owned a famous trattoria in Voghera and she knows her Mushrooms!

So in conclusion! We finally found the Fockers!!! Betti is bringing them over for a dinner invite we have tonight for all to enjoy! Bellisimo!